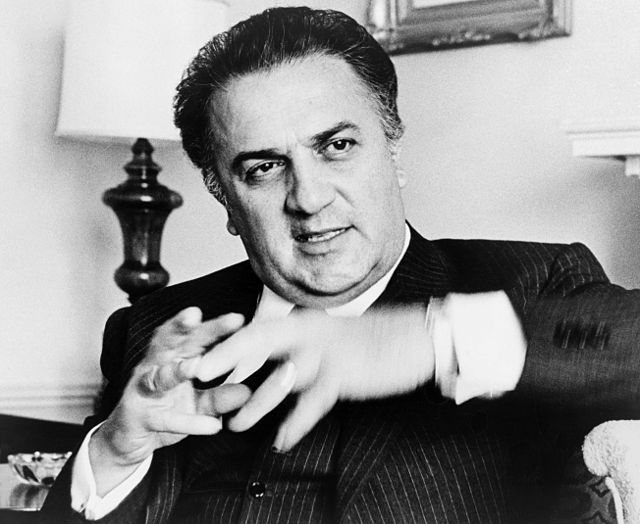 Federico Fellini, Cavaliere di Gran Croce OMRI (20 January 1920 – 31 October 1993) was an Italian film director and screenwriter known for his distinctive style, which blends fantasy and baroque images with earthiness. He is recognized as one of the greatest and most influential filmmakers of all time. His films have ranked highly in critical polls such as that of Cahiers du cinéma and Sight & Sound, which lists his 1963 film 8+1⁄2 as the 10th-greatest film.