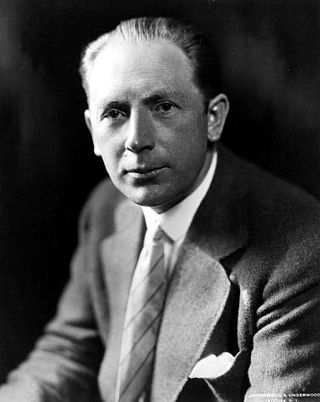 Friedrich Wilhelm Murnau (born Friedrich Wilhelm Plumpe; December 28, 1888 – March 11, 1931) was a German film director.
He was greatly influenced by Schopenhauer, Nietzsche, Shakespeare and Ibsen plays he had seen at the age of 12, and became a friend of director Max Reinhardt. During World War I he served in the Imperial German Army, initially as an infantry company commander on the Eastern Front. Murnau later transferred to the German Army’s Flying Corps, as an observer/gunner, and survived several crashes without any severe injuries.One of Murnau’s acclaimed works is the film Nosferatu (1922), an adaptation of Bram Stoker’s Dracula. Although not a commercial success, owing to copyright issues with Stoker’s estate, the film is considered a masterpiece of German Expressionist cinema. He later directed the film The Last Laugh (1924), as well as a 1926 interpretation of Goethe’s Faust. He emigrated to Hollywood in 1926, where he joined the Fox Studio and made three films: Sunrise (1927), 4 Devils (1928) and City Girl (1930). Sunrise has been regarded by critics and film directors as among the best films ever made.Murnau travelled to Bora Bora to make the film Tabu (1931) with documentary film pioneer Robert J. Flaherty. Flaherty left after artistic disputes with Murnau, who had to finish the movie on his own. A week before the opening of Tabu, Murnau died in a Santa Barbara hospital from injuries he sustained in an automobile accident that occurred along the Pacific Coast Highway near Rincon Beach, southeast of Santa Barbara.
Of the 21 films Murnau directed, eight are considered to be completely lost. One reel of his feature Marizza, genannt die Schmuggler-Madonna survives. This leaves only 12 films surviving in their entirety.