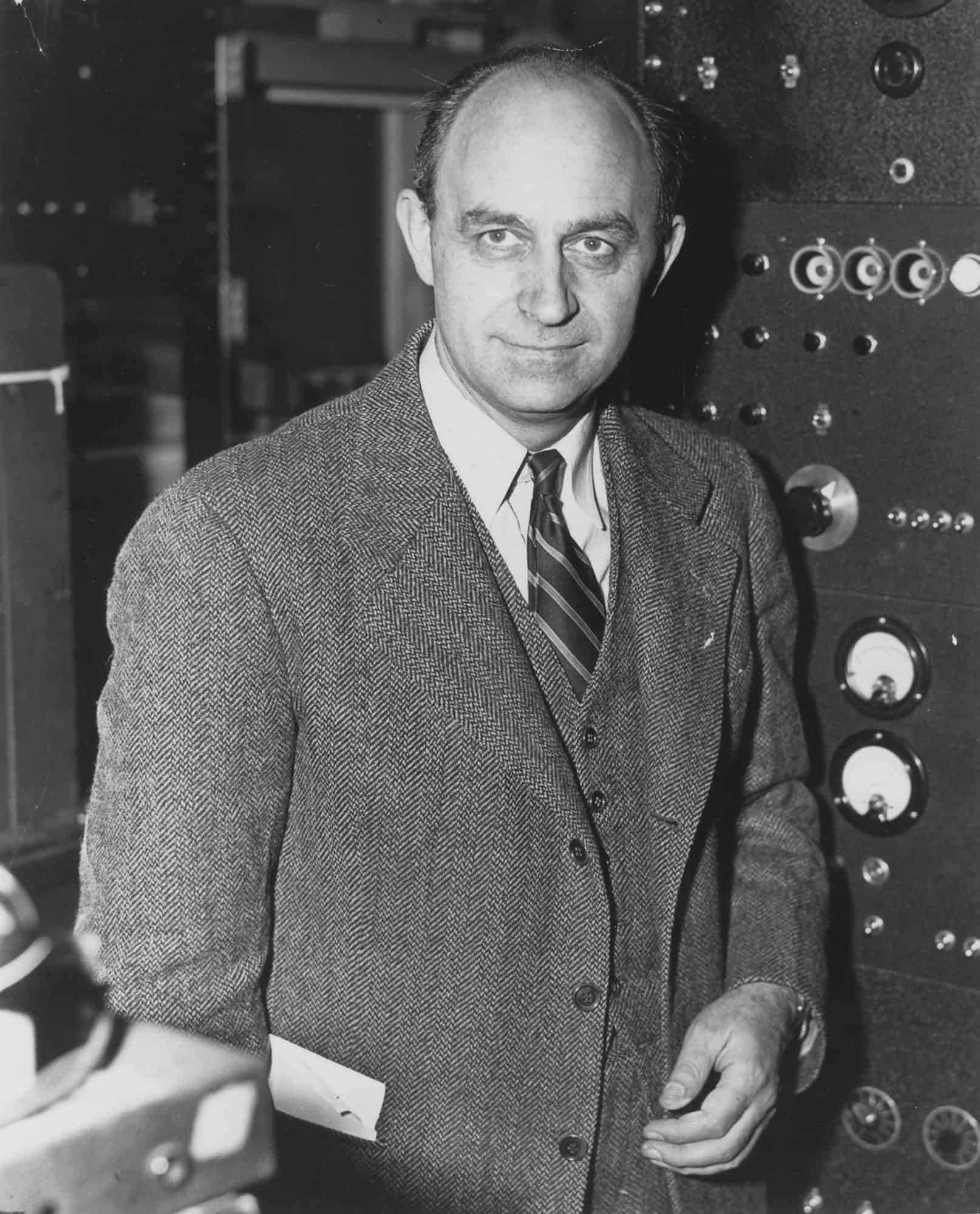 Enrico Fermi ( 29 September 1901 – 28 November 1954) was an Italian (later naturalized American) physicist and the creator of the world’s first nuclear reactor, the Chicago Pile-1. He has been called the “architect of the nuclear age” and the “architect of the atomic bomb”. He was one of very few physicists to excel in both theoretical physics and experimental physics. Fermi was awarded the 1938 Nobel Prize in Physics for his work on induced radioactivity by neutron bombardment and for the discovery of transuranium elements. With his colleagues, Fermi filed several patents related to the use of nuclear power, all of which were taken over by the US government. He made significant contributions to the development of statistical mechanics, quantum theory, and nuclear and particle physics.
Fermi’s first major contribution involved the field of statistical mechanics. After Wolfgang Pauli formulated his exclusion principle in 1925, Fermi followed with a paper in which he applied the principle to an ideal gas, employing a statistical formulation now known as Fermi–Dirac statistics. Today, particles that obey the exclusion principle are called “fermions”.