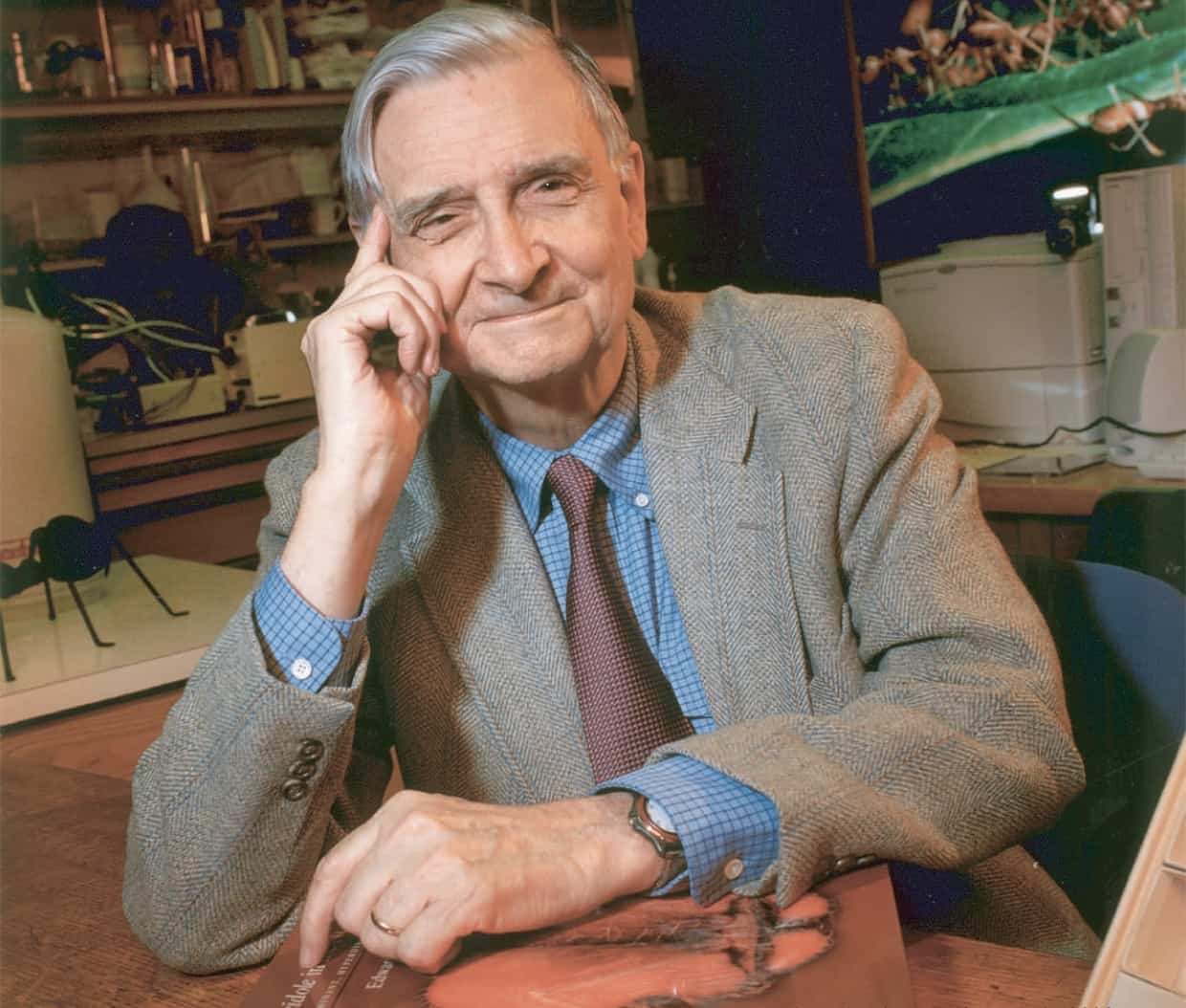 Edward Osborne Wilson (born June 10, 1929), usually cited as E. O. Wilson, is an American biologist, naturalist, and writer. His biological specialty is myrmecology, the study of ants, on which he has been called the world’s leading expert.Wilson has been called “the father of sociobiology” and “the father of biodiversity” for his environmental advocacy, and his secular-humanist and deist ideas pertaining to religious and ethical matters. Among his greatest contributions to ecological theory is the theory of island biogeography, which he developed in collaboration with the mathematical ecologist Robert MacArthur. This theory served as the foundation of the field of conservation area design, as well as the unified neutral theory of biodiversity of Stephen Hubbell.
Wilson is the Pellegrino University Research Professor, Emeritus in Entomology for the Department of Organismic and Evolutionary Biology at Harvard University, a lecturer at Duke University, and a Fellow of the Committee for Skeptical Inquiry. He is a Humanist Laureate of the International Academy of Humanism. He is a two-time winner of the Pulitzer Prize for General Nonfiction (for On Human Nature in 1979, and The Ants in 1991) and a New York Times bestselling author for The Social Conquest of Earth, Letters to a Young Scientist, and The Meaning of Human Existence.