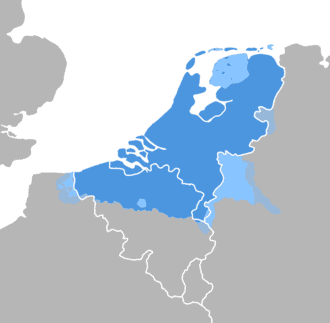 Dutch (Nederlands) is a West Germanic language spoken by about 24 million people as a first language and 5 million people as a second language, constituting the majority of people in the Netherlands (where it is the only official language countrywide) and Belgium (as one of three official languages). It is the third most widely spoken Germanic language, after its close relatives English and German.