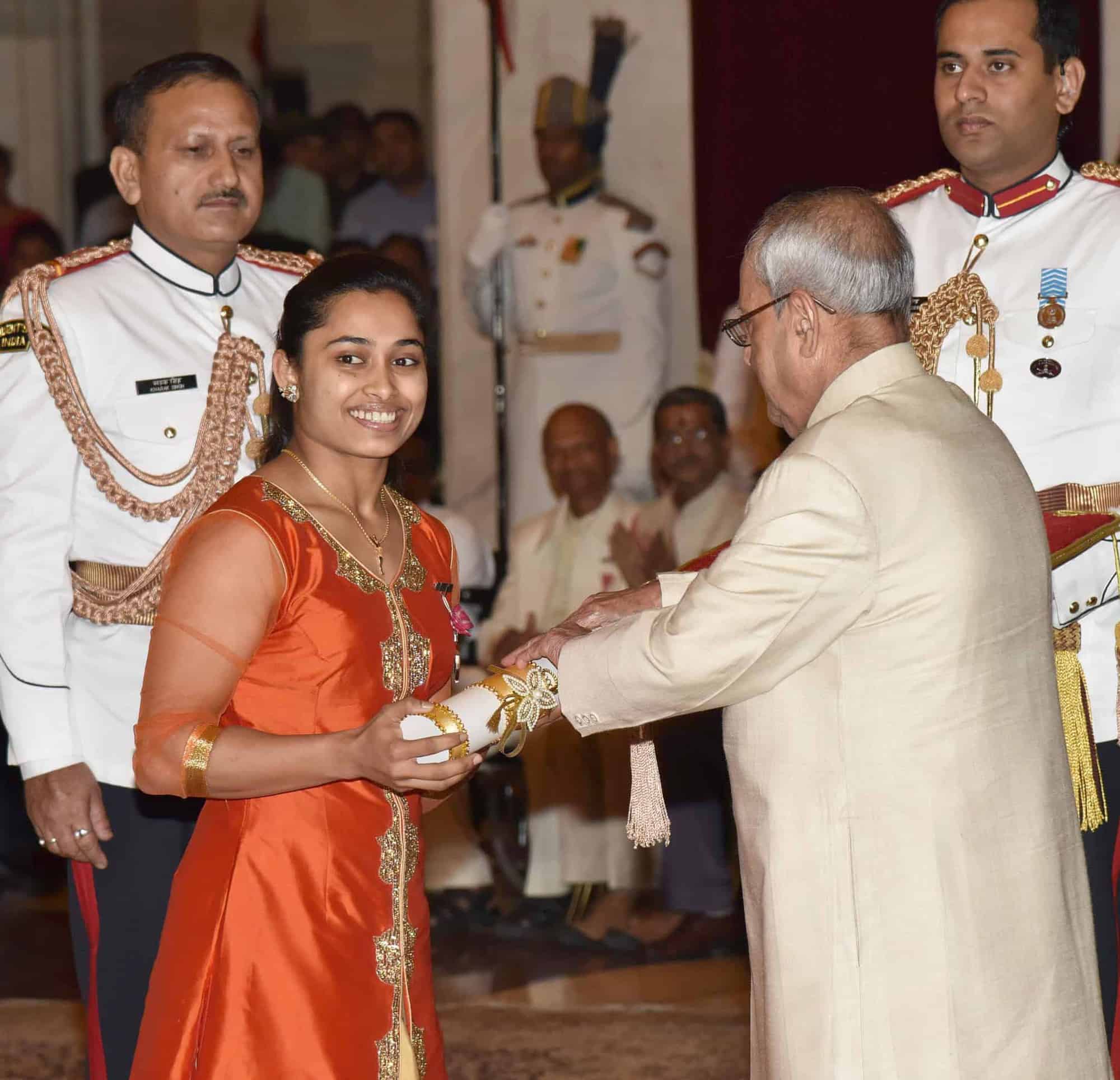 Dipa Karmakar (born 9 August 1993) is an Indian artistic gymnast.
Karmakar first gained attention when she won a bronze medal at the 2014 Commonwealth Games in Glasgow, becoming the first Indian female gymnast to do so in the history of the Games. She also won a bronze medal at the Asian Gymnastics Championships and finished fifth at the 2015 World Artistic Gymnastics Championships, both firsts for her country.
Karmakar represented India at the 2016 Summer Olympics in Rio de Janeiro, becoming the first Indian female gymnast ever to compete in the Olympics, and the first Indian gymnast to do so in 52 years. She finished in fourth position in Women’s Vault Gymnastics event at Rio, with an overall score of 15.066.In July 2018, Karmakar became the first Indian gymnast to win a gold medal at a global event, when she finished first in the vault event of the FIG Artistic Gymnastics World Challenge Cup at Mersin, Turkey.Karmakar is one of the only five women who have successfully landed the Produnova, which is regarded as the most difficult vault of those currently being performed in women’s gymnastics.Karmakar is a recipient of the Padma Shri, the fourth highest civilian award in the Republic of India. For her performance in Rio Olympics 2016, the Government of India conferred upon her the Rajiv Gandhi Khel Ratna award in August 2016.