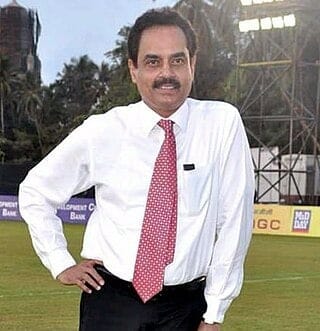 Dilip Balwant Vengsarkar pronunciation (born 6 April 1956) is a former Indian cricketer and a cricket administrator. He was known as one of the foremost exponents of the drive. Along with Sunil Gavaskar and Gundappa Viswanath, he was a key player in the Indian batting line up in the late 70s and early 80s. He went on to play until 1992.
At this pinnacle of best his career, Vengsarkar was rated as the best batsmen in the Coopers and Lybrand rating (a predecessor of the PWC ratings) and he held the number one slot for 21 months until 2 March 1989.