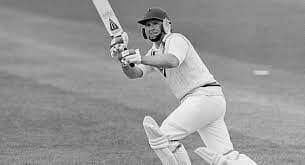 Dennis Leslie Amiss (born 7 April 1943) is a former English cricketer and cricket administrator. He played for both Warwickshire and England. A right-handed batsman, Amiss was a stroke maker particularly through extra cover and midwicket – his two favourite areas to score runs. He was an accomplished batsman in all forms of the game. He averaged 42.86 in first-class, 35.06 in List-A, 46.30 in Tests and 47.72 in One Day Internationals. In first-class cricket he scored 102 centuries, and his England record amassed over 50 Tests ranks him with the best England has produced.After retiring as a player in 1987, he served Warwickshire as Chairman of the Cricket Committee, and he followed David Heath as chief executive from 1994 until 2006. In 1992 he was selected as an England selector. In November 2007 he became the deputy chairman of the England and Wales Cricket Board; in August 2011, The Daily Telegraph described his role on the board as providing “cricketing knowledge and expertise [that] complemented Clarke’s business skills.”