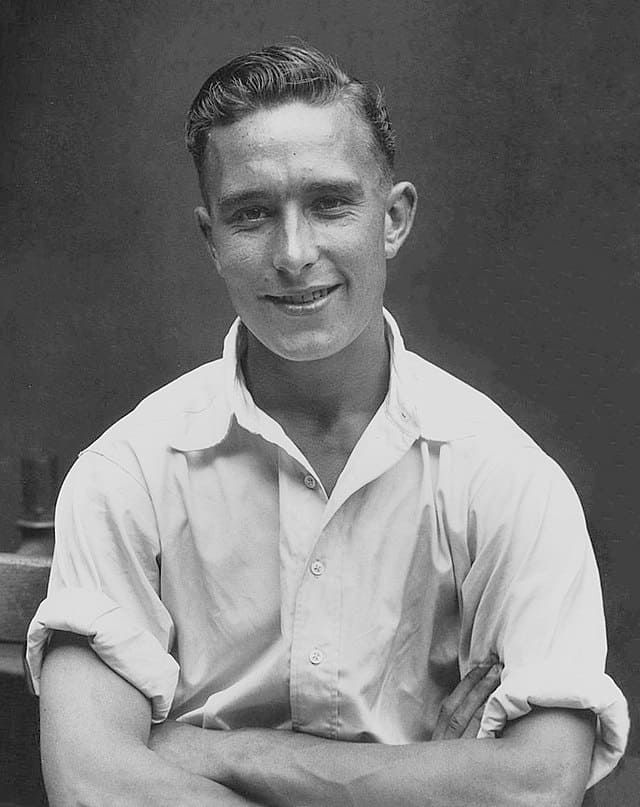 Denis Charles Scott Compton (23 May 1918 – 23 April 1997) was an English cricketer who played in 78 Test matches and spent his whole cricket career with Middlesex. He was also an accomplished footballer, who played most of his football career at Arsenal.A right-handed batsman and left-arm unorthodox spin bowler, Compton is regularly credited as one of England’s most remarkable batsmen. Indeed, Sir Don Bradman said he was one of the greatest cricket players he’d ever seen. He is one of only twenty-five players to have scored over one hundred centuries in first-class cricket. In 2009, Compton was posthumously inducted into the ICC Cricket Hall of Fame. The Denis Compton Oval and a stand at Lord’s Cricket Ground are both named in his honour.