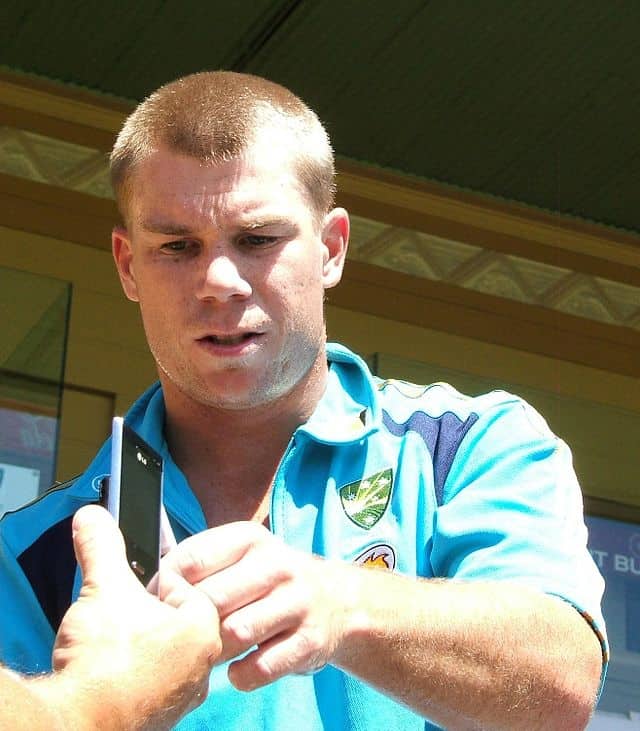 David Andrew Warner (born 27 October 1986) is an Australian international cricketer and a former captain of the Australian national team. A left-handed opening batsman, Warner is the first Australian cricketer in 132 years to be selected for a national team in any format without experience in first-class cricket. He plays for New South Wales and the Sydney Thunder in domestic cricket. He served as the Australian vice-captain across Test and ODI formats of the game between 2015 and 2018.In January 2017, he became the fourth player to win the Allan Border Medal more than once and also win the award in consecutive years.
On 28 September 2017, he played in his 100th ODI and became the first batsman for Australia and 8th batsman overall to score a century in his 100th ODI.
In March 2018, following a preliminary investigation into ball tampering by the Australian team in the third match of their Test series against South Africa, he was suspended, charged with bringing the game into disrepute. Following a board meeting on 28 March 2018, Cricket Australia banned Warner from all international and domestic cricket in Australia for one year, and from any leadership positions permanently.In November 2019, Warner scored the second-highest individual score by any Australian Test batsman with 335 not out against Pakistan.