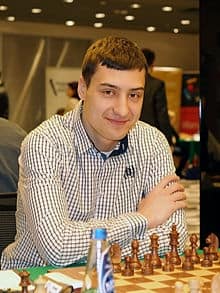 Dariusz Świercz (born 31 May 1994) is a Polish-American chess player playing for the United States. He is the 30th-youngest player in history and the youngest Polish player of all time to qualify for the title Grandmaster; he was 14 years and seven months when he achieved this title in 2009. In 2018 he switched his national federation to the United States. Since 2019, Dariusz has been married to Keyla Swiercz.Świercz won the 2011 World Junior Chess Championship at the age of 17 and is currently the only Polish male chess player to win this title. The following year he also won the Under 18 World Championship.