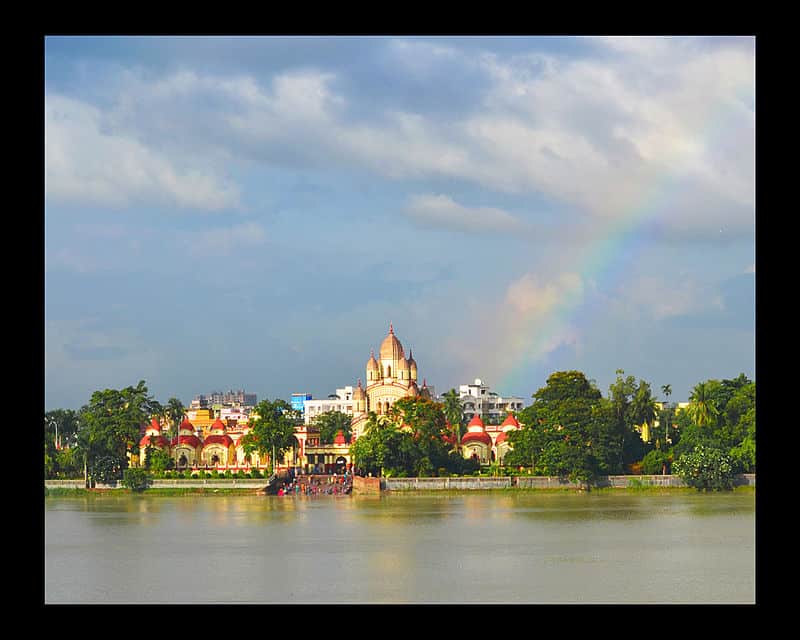 Dakshineswar Kali Temple is a Hindu navaratna temple located at Dakshineswar. Situated on the eastern bank of the Hooghly River, the presiding deity of the temple is Bhavatarini, an aspect of Kali, who is form of Adi Shakti. The temple was built in 1854-55 by Rani Rashmoni, a philanthropist and a devotee of Kali. The temple is known for its association with Ramakrishna and Ma Sarada Devi, mystics of 19th Century Bengal.The temple compound, apart from the nine-spired main temple, contains a large courtyard surrounding the temple, with rooms along the boundary walls. There are twelve shrines dedicated to Shiva—Kali’s companion—along the riverfront, a temple to Radha-Krishna, a bathing ghat on the river, a shrine dedicated to Rani Rashmoni. ‘Nahabat’, the chamber in the northwestern corner just beyond the last of the Shiva temples, is where Ramakrishna and Maa Sarada spent a considerable part of their lives.