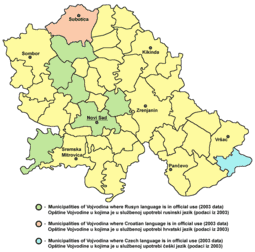 Czech, is a West Slavic language of the Czech–Slovak group. Spoken by over 13 million people, it serves as the official language of the Czech Republic (Czechia). Czech is closely related to Slovak, to the point of high mutual intelligibility, as well as Polish to a lesser degree. Like other Slavic languages, Czech is a fusional language with a rich system of morphology and relatively flexible word order. Its vocabulary has been extensively influenced by Latin and German.