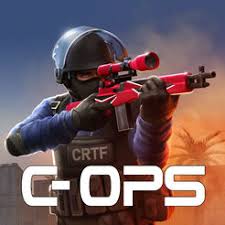 Critical Ops (abbreviated as C-OPS) is a multiplayer first-person shooter video game developed, and published by Critical Force Entertainment Ltd. It was released as Open Alpha in September 2015 for Android and had been in the Open Beta until the official release (version 1.0) in November 2018. Critical Ops is currently available on Google Play (for Android), Apple App Store (for iOS), and Amazon Appstore. Previously, it was available on PC through the Facebook Gameroom platform until July 10, 2017.
Critical Ops core gameplay is heavily influenced by the Counter-Strike series.
NHN Entertainment Corporation and Critical Force distribute Critical Ops as Critical Ops: Reloaded in South Korea and in several countries of Asia.