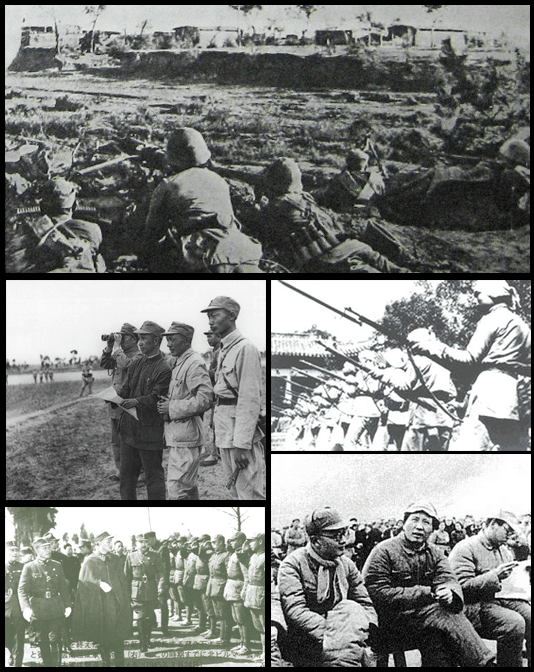 The Chinese Civil War was a civil war in China fought between the Kuomintang (KMT)-led government of the Republic of China (ROC) and the Communist Party of China (CPC) lasting intermittently between 1927 and 1949. The war is generally divided into two phases with an interlude: from August 1927 to 1937, the KMT-CPC Alliance collapsed during the Northern Expedition, and the Nationalists controlled most of China. From 1937 to 1945, hostilities were put on hold, and the Second United Front fought the Japanese invasion of China with eventual help from the Allies of World War II. The civil war resumed with the Japanese defeat, and the CPC gained the upper hand in the final phase of the war from 1945 to 1949, generally referred to as the Chinese Communist Revolution.
The Communists gained control of mainland China and established the People’s Republic of China (PRC) in 1949, forcing the leadership of the Republic of China to retreat to the island of Taiwan. A lasting political and military standoff between the two sides of the Taiwan Strait ensued, with the ROC in Taiwan and the PRC in mainland China both officially claiming to be the legitimate government of all China. No armistice or peace treaty has ever been signed, and debate continues as to whether the civil war has legally ended.