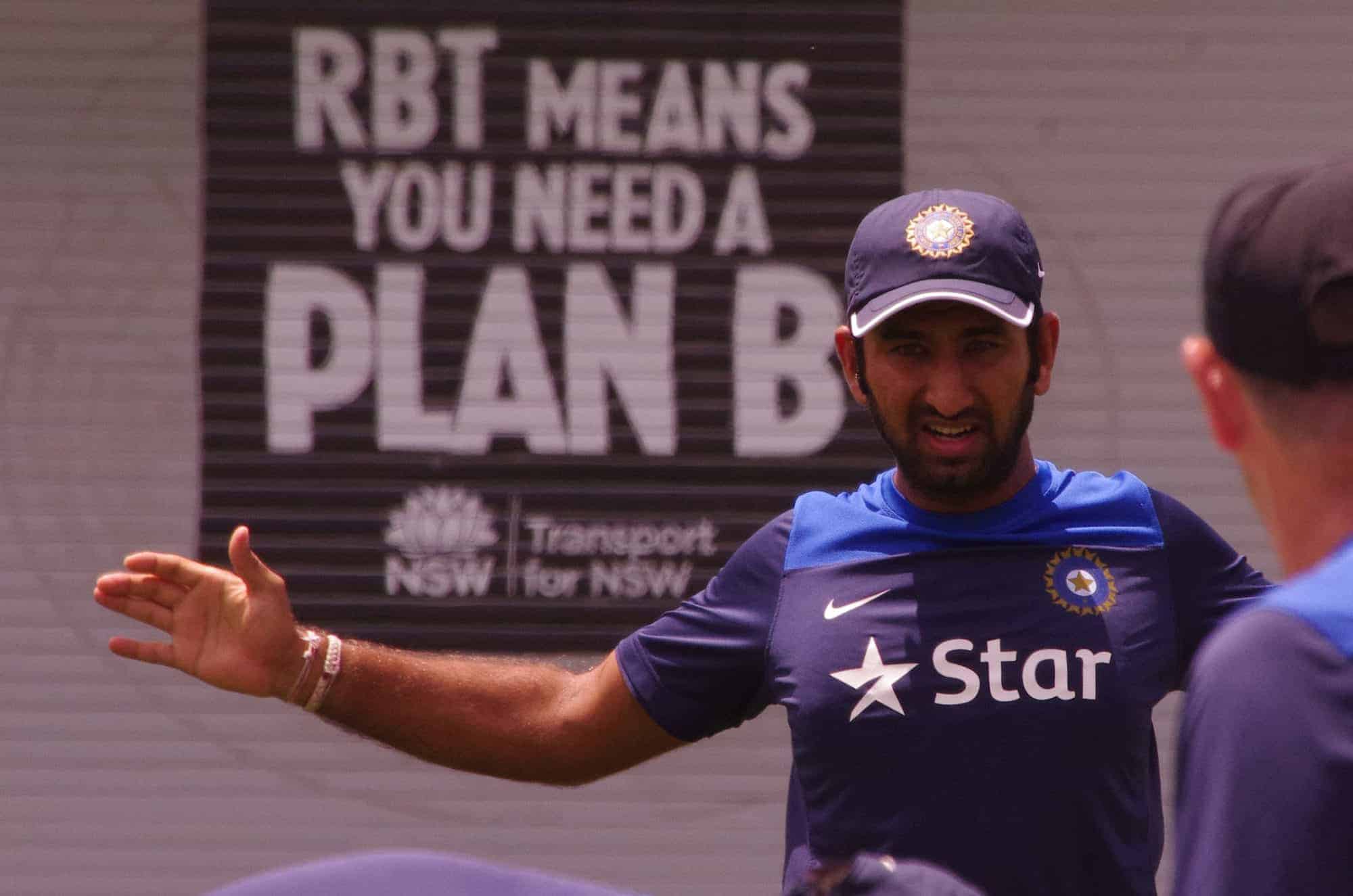 Cheteshwar Arvind Pujara (born 25 January 1988) is an Indian international cricketer who plays Test cricket for Indian national team and represents Saurashtra in domestic cricket. He is a right-handed batsman who made his first-class debut for Saurashtra in December 2005 and made his Test debut at Bangalore in October 2010. As of December 2019, he is the 7th ranked Test batsman in the world, according to the ICC Player Rankings with a tally of 791 points. He signed a short term contract with Gloucestershire County CC.He was a part of the India A team which toured England in the 2010 summers and was the highest scorer of the tour. In October 2011, the BCCI awarded him a D grade national contract. Known to have a sound technique and the temperament required to play long innings, he was one of the contenders for a spot in the Indian middle order after the retirement of Rahul Dravid and VVS Laxman.His Test comeback came against New Zealand in August 2012, scoring a century. He made his first double hundred against England at Ahmedabad in November 2012 and followed up with another double hundred against Australia in March 2013, both the times steering India to victory and becoming man of the match.In the 2012 NKP Salve Challenger Trophy, he was the highest scorer with two centuries and one half-century. He became one of the fastest batsmen to reach 1000 runs in Test cricket in just 11 matches and his 18th Test Innings. He won the Emerging Cricketer of the Year 2013.In February 2017, during the one-off Test match against Bangladesh, he set a new record for the most runs by a batsman in an Indian first-class season, with 1,605 runs. The previous record was 1,604 runs set by Chandu Borde in 1964–65. In November 2017, he scored his twelfth double-century in first-class cricket, the most by an Indian batsman, breaking the previous record set by Vijay Merchant.