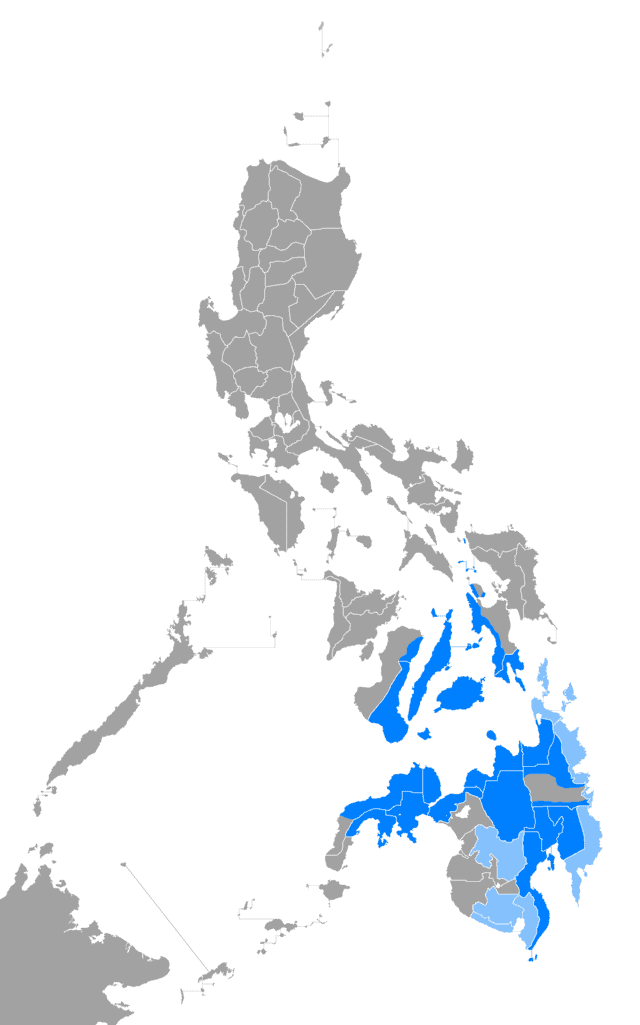 Cebuano, also referred to by most of its speakers as Bisaya or Binisaya (translated into English as Visayan, though this should not be confused with other Bisayan languages), is an Austronesian language, spoken in the southern Philippines. Specifically, it flourishes in Central Visayas, western parts of Eastern Visayas and on most of Mindanao. It originated on the island of Cebu, and now is spoken primarily by various Visayan ethnolinguistic groups who are native to those areas, primarily the Cebuanos. While Tagalog has the largest number of native speakers among the languages of the Philippines, Cebuano had the largest native-language-speaking population in the Philippines, from the 1950s until about the 1980s. It is by far the most widely spoken of the Bisayan languages.