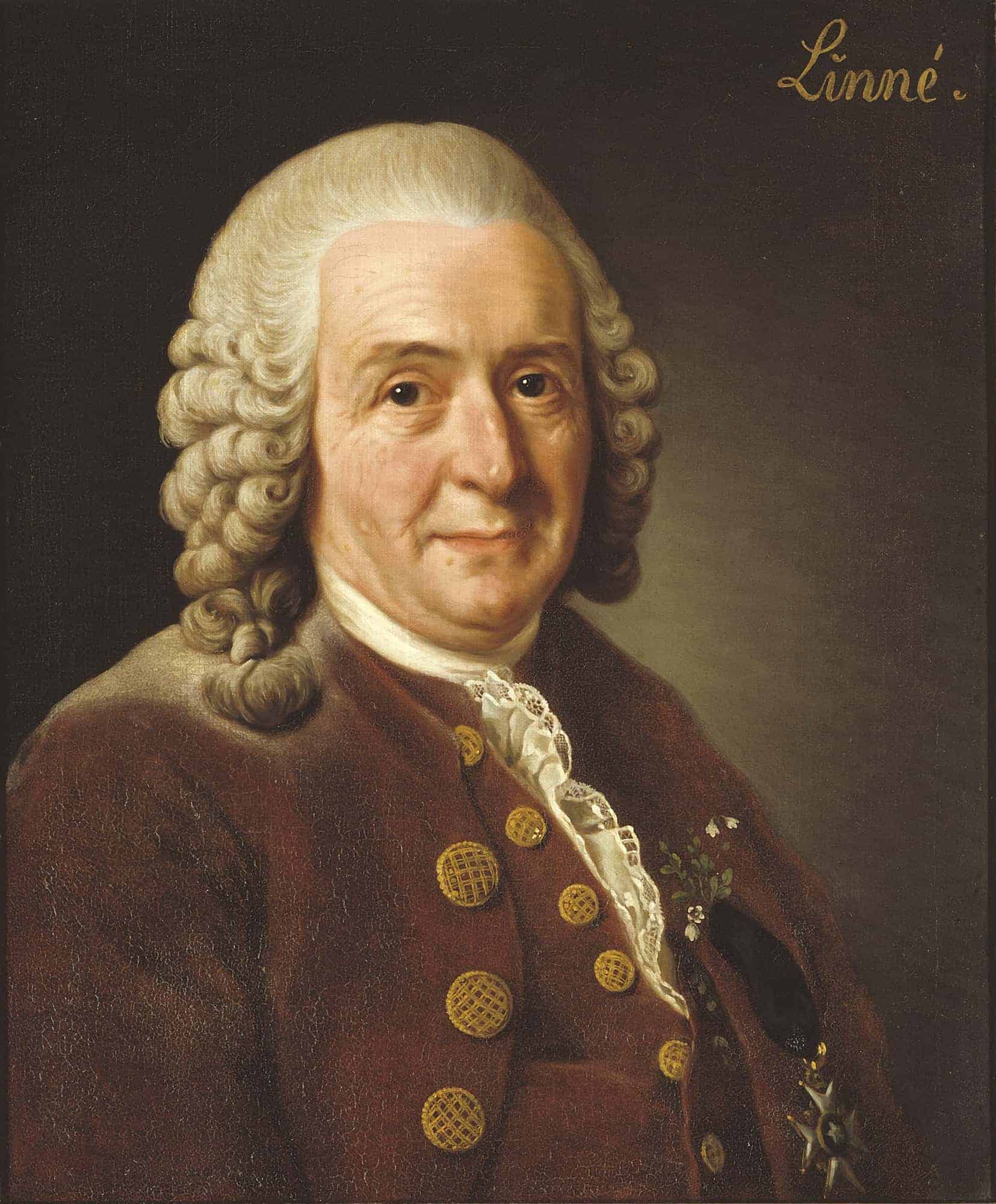 Carl Linnaeus (; 23 May 1707 – 10 January 1778), also known after his ennoblement as Carl von Linné, was a Swedish botanist, zoologist, and physician who formalised binomial nomenclature, the modern system of naming organisms. He is known as the “father of modern taxonomy”. Many of his writings were in Latin, and his name is rendered in Latin as Carolus Linnæus (after 1761 Carolus a Linné).
Linnaeus was born in the countryside of Småland in southern Sweden. He received most of his higher education at Uppsala University and began giving lectures in botany there in 1730. He lived abroad between 1735 and 1738, where he studied and also published the first edition of his Systema Naturae in the Netherlands. He then returned to Sweden where he became professor of medicine and botany at Uppsala. In the 1740s, he was sent on several journeys through Sweden to find and classify plants and animals. In the 1750s and 1760s, he continued to collect and classify animals, plants, and minerals, while publishing several volumes. He was one of the most acclaimed scientists in Europe at the time of his death.