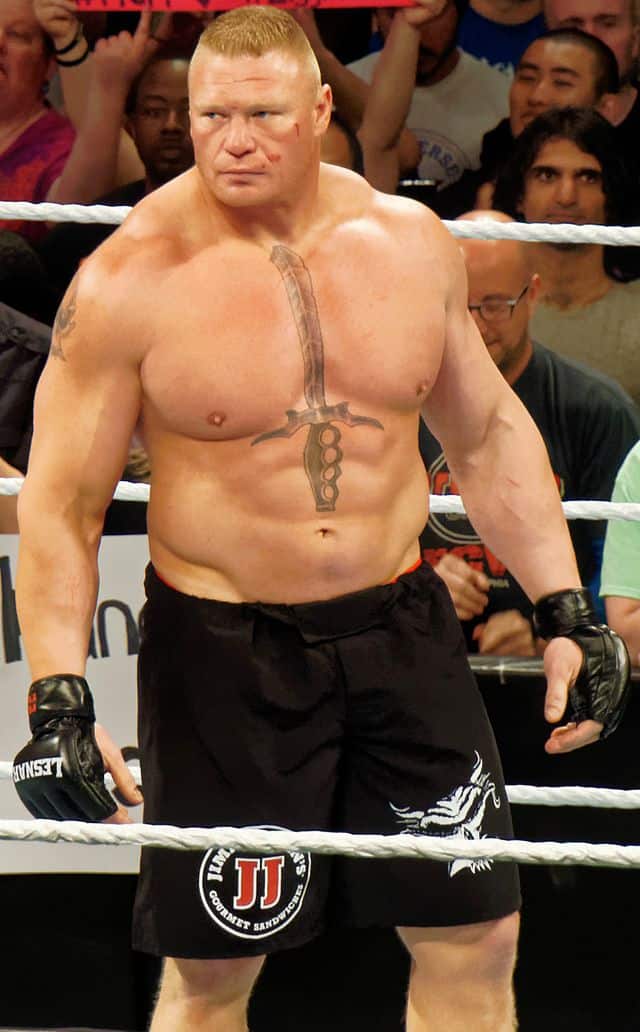 Brock Edward Lesnar (born July 12, 1977) is an American-Canadian professional wrestler, retired mixed martial artist, and retired professional football player. He is perhaps best known for his time in WWE and UFC. After his successful amateur wrestling career at Bismarck State College and the University of Minnesota, Lesnar signed with WWE (then the World Wrestling Federation) in 2000. He was assigned to its developmental promotion Ohio Valley Wrestling (OVW), where he was a three-time OVW Southern Tag Team Champion with Shelton Benjamin.