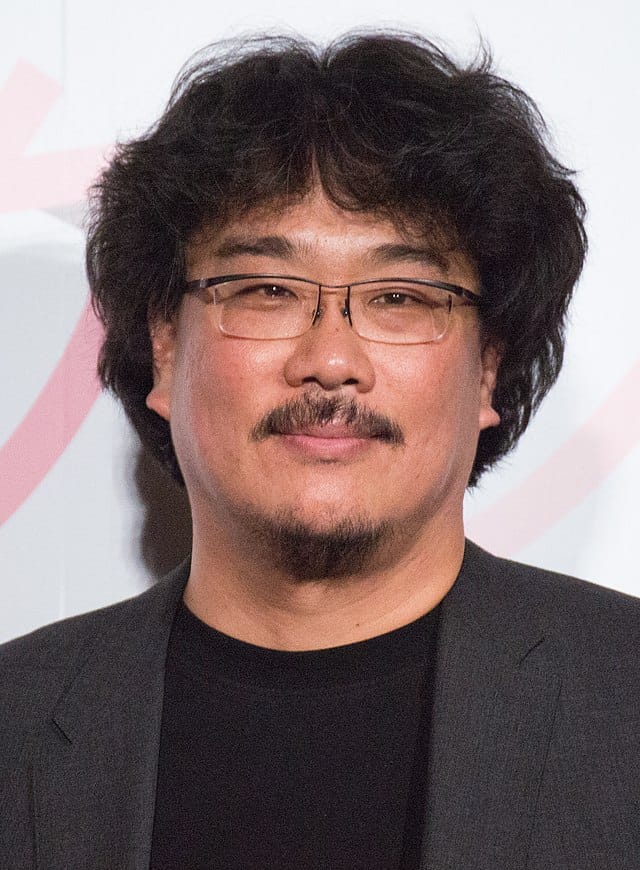 Bong Joon-ho (Korean: 봉준호, Korean pronunciation: [poːŋ tɕuːnho → poːŋdʑunɦo]; Hanja: 奉俊昊; born September 14, 1969) is a South Korean film director, producer and screenwriter. His films are characterised by emphasis on social themes, genre-mixing, black humor, and sudden tone shifts.He first became known to audiences and achieved a cult following with his directorial debut film, the black comedy Barking Dogs Never Bite (2000), before achieving both critical and commercial success with his subsequent films: the crime thriller Memories of Murder (2003), the monster film The Host (2006), the science fiction action film Snowpiercer (2013), and the Academy Award-winning black comedy social thriller Parasite (2019), all of which are among the highest-grossing films in South Korea, with Parasite also being the highest-grossing South Korean film in history.All of Bong’s films have been South Korean productions, although both Snowpiercer and Okja (2017) are mostly in the English language. Two of his films have screened in competition at the Cannes Film Festival—Okja in 2017 and Parasite in 2019; the latter earned the Palme d’Or, which was a first for a South Korean film. Parasite also became the first South Korean film to receive Academy Award nominations, with Bong winning Best Picture, Best Director, and Best Original Screenplay, making Parasite the first film not in English to win Best Picture. In 2017, Bong was included on Metacritic’s list of the 25 best film directors of the 21st century. In 2020, Bong was included in Time’s annual list of 100 Most Influential People and Bloomberg 50.