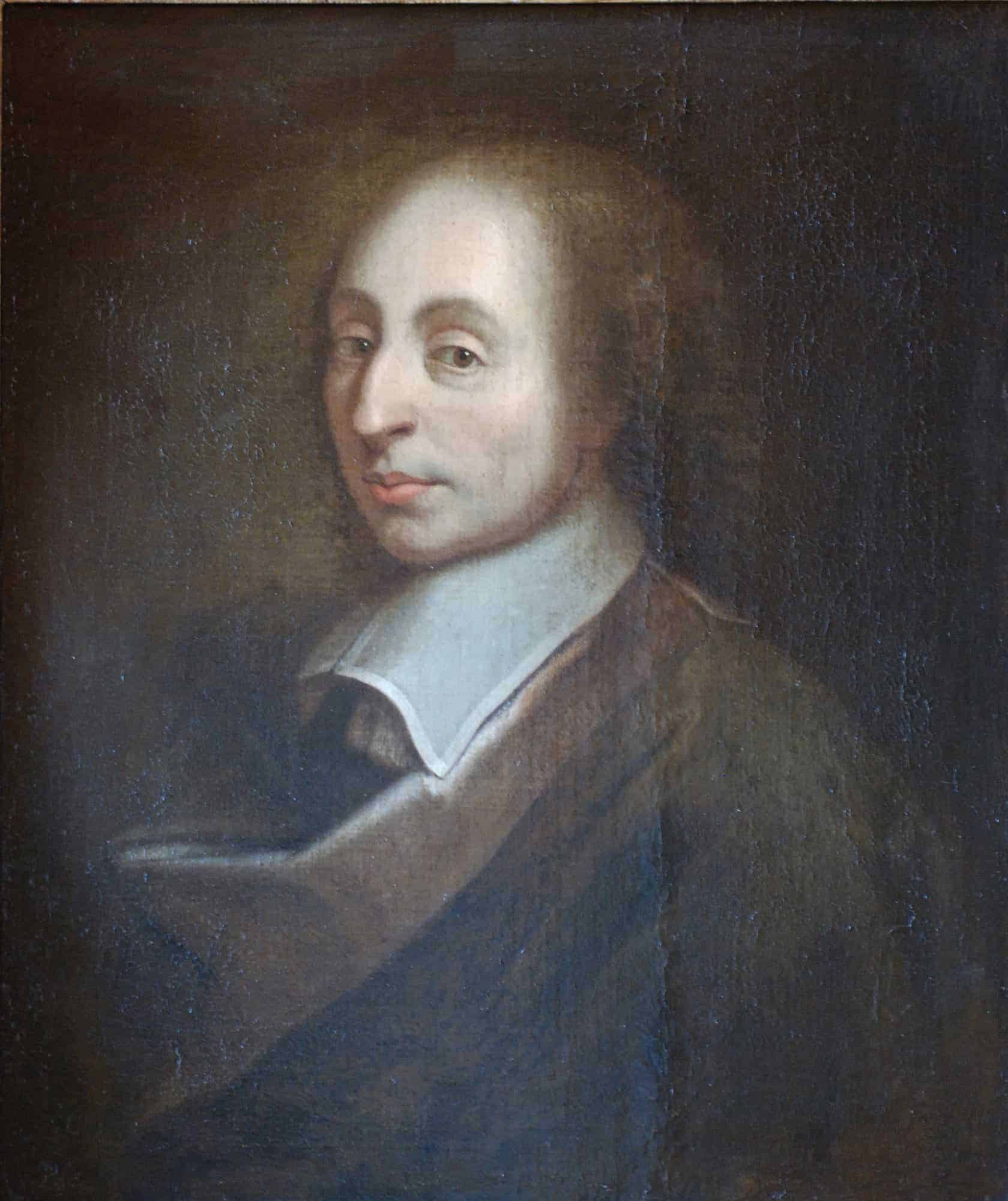 Blaise Pascal ( 19 June 1623 – 19 August 1662) was a French mathematician, physicist, inventor, philosopher, writer and Catholic theologian.
He was a child prodigy who was educated by his father, a tax collector in Rouen. Pascal’s earliest mathematical work was on the conics sections; he wrote a significant treatise on the subject of projective geometry at the age of 16. He later corresponded with Pierre de Fermat on probability theory, strongly influencing the development of modern economics and social science. In 1642, while still a teenager, he started some pioneering work on calculating machines (called Pascal’s calculators and later Pascalines), establishing him as one of the first two inventors of the mechanical calculator.He also worked in the natural and applied sciences, where he made important contributions to the study of fluids, and clarified the concepts of pressure and vacuum by generalising the work of Evangelista Torricelli. Following Galileo Galilei and Torricelli, in 1647, he rebutted Aristotle’s followers who insisted that nature abhors a vacuum. Pascal’s results caused many disputes before being accepted. Pascal also wrote in defense of the scientific method.