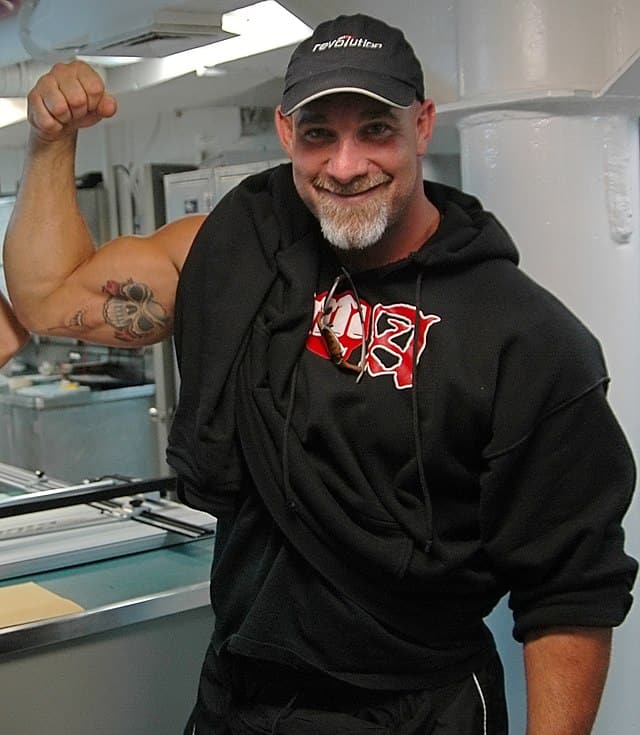 William Scott Goldberg (born December 27, 1966), also known mononymously as Goldberg, is an American professional wrestler, actor, and former football player. He is currently signed to WWE on a part-time deal. He is best known for his time in World Championship Wrestling (WCW). He has acted in various films and television shows, including Universal Soldier: The Return (1999) and NCIS: Los Angeles.