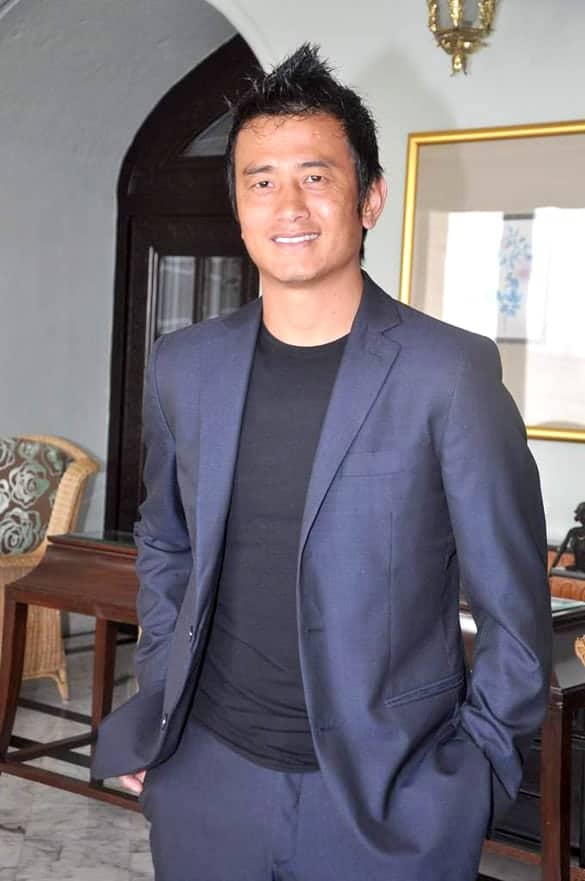 Bhaichung Bhutia (born 15 December 1976), also spelled as Baichung Bhutia, is a former Indian professional footballer who played as a striker. Bhutia is considered the torchbearer of Indian football in the international arena. He is often nicknamed the Sikkimese Sniper because of his shooting skills in football. Three-time Indian Player of the Year I. M. Vijayan described Bhutia as “God’s gift to Indian football”.
Bhutia has had four spells at I-League football team East Bengal Club, the club where he started his career. When he joined English club Bury in 1999, he became the first Indian footballer to sign a contract with a European club and only the second to play professionally in Europe, after Mohammed Salim. Afterwards he had a short loan spell at the Malaysian football club Perak FA. As well as this he has played for JCT Mills, which won the league once during his tenure; and Mohun Bagan, which failed to win the league once during his two spells, in his native India. His international footballing honours include winning the Nehru Cup, LG Cup, SAFF Championship three times and the AFC Challenge Cup. He is also India’s second most capped player, with 82 international caps to his name. He is also India’s second youngest international goal scorer after Jerry Zirsanga when he scored his first goal against Uzbekistan in 1995 Nehru cup at the age of 18 years 90 daysOff the field, Bhutia is known for winning the reality television programme Jhalak Dikhhla Jaa, which caused much controversy with his then-club Mohun Bagan, and for being the first Indian athlete to boycott the Olympic torch relay in support of the Tibetan independence movement. Bhutia, who has a football stadium named after him in honour of his contribution to Indian football (first player to have such honour while he is still playing), has also won many awards, such as the Arjuna Award and the Padma Shri.In October 2010, he founded Bhaichung Bhutia Football Schools in Delhi in partnership with football by Carlos Queiroz and Nike. In August 2011, Bhutia announced his retirement from international football. His farewell match was with the India national team on 10 January 2012 against Bayern Munich at the Jawaharlal Nehru Stadium, Delhi.