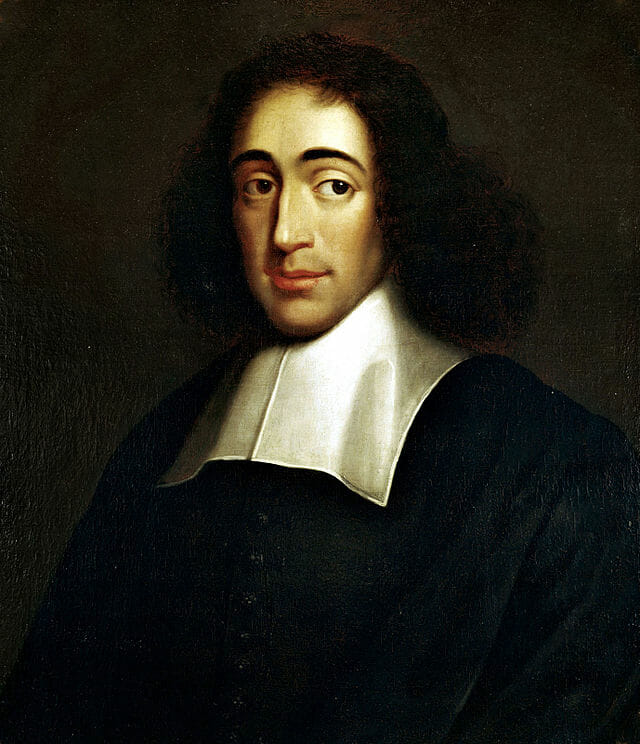 Baruch (de) Spinoza ( 24 November 1632 – 21 February 1677) was a Dutch philosopher of Portuguese Sephardi origin. One of the early thinkers of the Enlightenment and modern biblical criticism, including modern conceptions of the self and the universe, he came to be considered one of the great rationalists of 17th-century philosophy. Inspired by the groundbreaking ideas of René Descartes, Spinoza became a leading philosophical figure of the Dutch Golden Age. Spinoza’s given name, which means “Blessed”, varies among different languages. In Hebrew, it is written ברוך שפינוזה‎. In the Netherlands he used the Portuguese name Bento. In his Latin and Dutch works, he used Latin: Benedictus de Spinoza.
Spinoza was raised in the Portuguese-Jewish community in Amsterdam. He developed highly controversial ideas regarding the authenticity of the Hebrew Bible and the nature of the Divine. Jewish religious authorities issued a herem (חרם‎) against him, causing him to be effectively expelled and shunned by Jewish society at age 23, including by his own family. His books were later added to the Catholic Church’s Index of Forbidden Books. He was frequently called an “atheist” by contemporaries, although nowhere in his work does Spinoza argue against the existence of God.