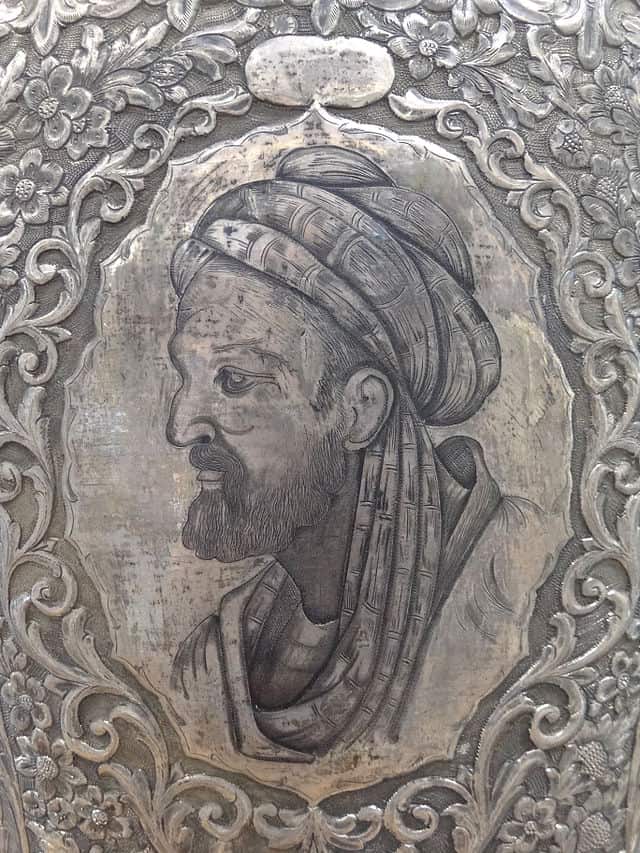 Ibn Sina, also known as Abu Ali Sina, Pur Sina, and often known in the West as Avicenna (c. 980 – June 1037), was a Persian polymath who is regarded as one of the most significant physicians, astronomers, thinkers and writers of the Islamic Golden Age, and the father of early modern medicine. Sajjad H. Rizvi has called Avicenna “arguably the most influential philosopher of the pre-modern era”. He was a Muslim Peripatetic philosopher influenced by Aristotelian philosophy. Of the 450 works he is believed to have written, around 240 have survived, including 150 on philosophy and 40 on medicine.His most famous works are The Book of Healing, a philosophical and scientific encyclopedia, and The Canon of Medicine, a medical encyclopedia which became a standard medical text at many medieval universities and remained in use as late as 1650.Besides philosophy and medicine, Avicenna’s corpus includes writings on astronomy, alchemy, geography and geology, psychology, Islamic theology, logic, mathematics, physics and works of poetry.

382 Influential People who changed the world