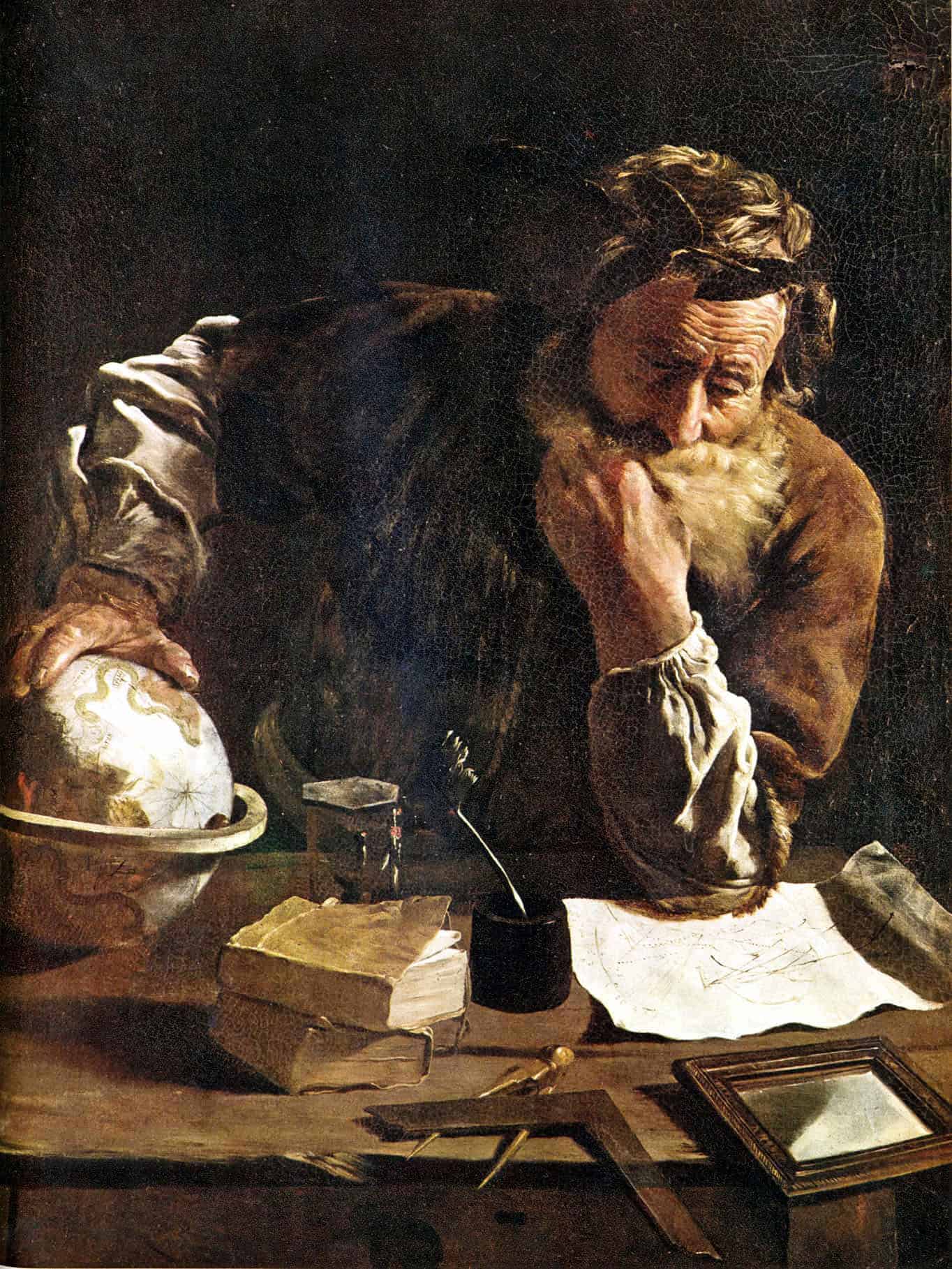 Archimedes of Syracuse ( c. 287 – c. 212 BC) was a Greek mathematician, physicist, engineer, inventor, and astronomer. Although few details of his life are known, he is regarded as one of the leading scientists in classical antiquity. Considered to be the greatest mathematician of ancient history, and one of the greatest of all time, Archimedes anticipated modern calculus and analysis by applying concepts of infinitesimals and the method of exhaustion to derive and rigorously prove a range of geometrical theorems, including: the area of a circle; the surface area and volume of a sphere; area of an ellipse; the area under a parabola; the volume of a segment of a paraboloid of revolution; the volume of a segment of a hyperboloid of revolution; and the area of a spiral.His other mathematical achievements include deriving an accurate approximation of pi; defining and investigating the spiral that now bears his name; and creating a system using exponentiation for expressing very large numbers. He was also one of the first to apply mathematics to physical phenomena, founding hydrostatics and statics, including an explanation of the principle of the lever. He is credited with designing innovative machines, such as his screw pump, compound pulleys, and defensive war machines to protect his native Syracuse from invasion.