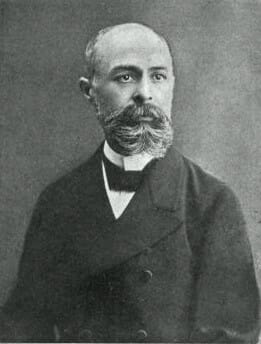 Antoine Henri Becquerel (15 December 1852 – 25 August 1908) was a French engineer, physicist, Nobel laureate, and the first person to discover evidence of radioactivity. For work in this field he, along with Marie Skłodowska-Curie (Marie Curie) and Pierre Curie, received the 1903 Nobel Prize in Physics. The SI unit for radioactivity, the becquerel (Bq), is named after him.