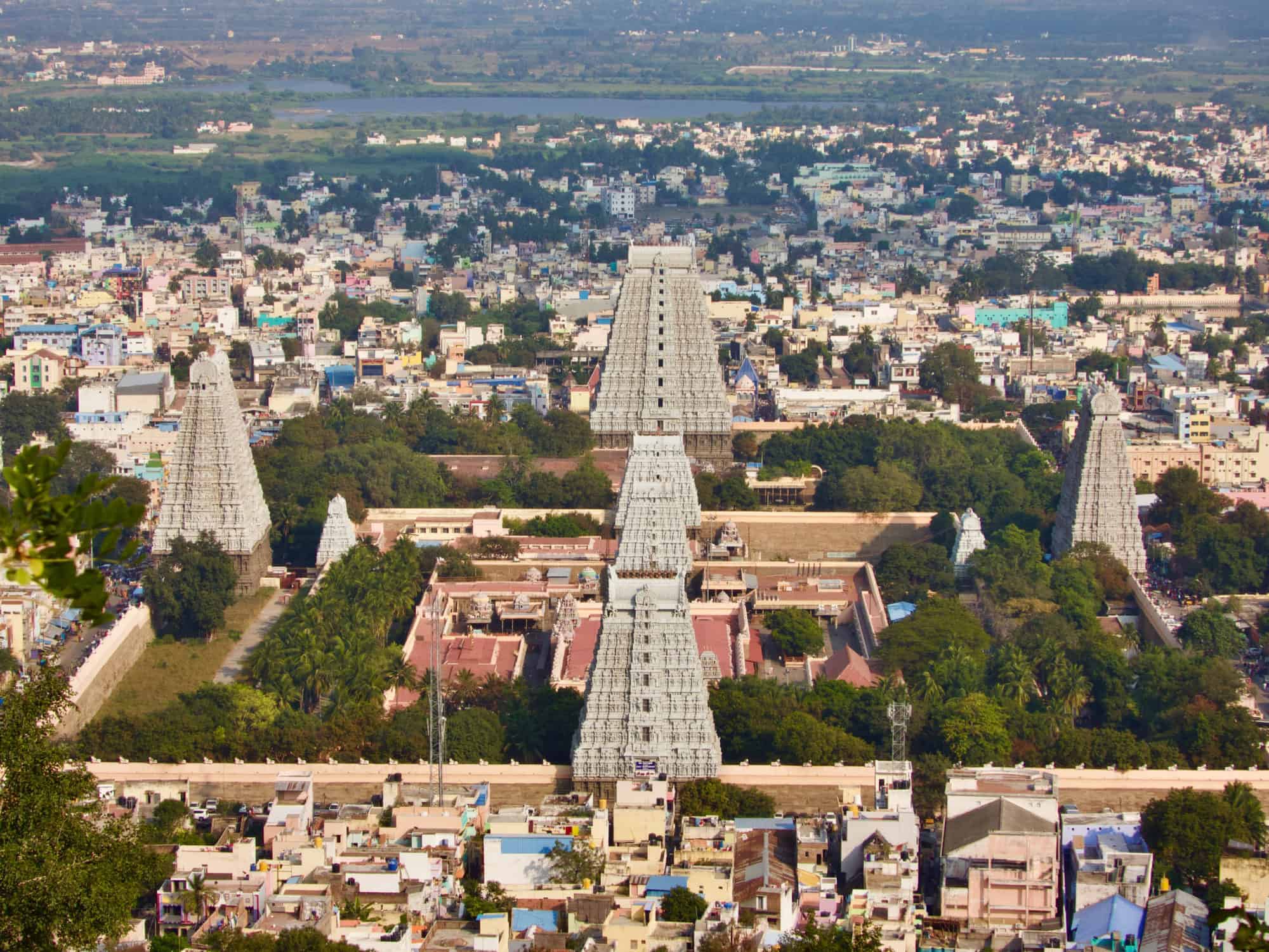 Arunachalesvara Temple (also called Annamalaiyar Temple), is a Hindu temple dedicated to the deity Shiva, located at the base of Arunachala hill in the town of Thiruvannamalai in Tamil Nadu, India. It is significant to the Hindu sect of Saivism as one of the temples associated with the five elements, the Pancha Bhoota Stalas, and specifically the element of fire, or Agni.
Shiva is worshiped as Arunachalesvara or Annamalaiyar, and is represented by the lingam, with his idol referred to as Agni lingam. His consort Parvati is depicted as Unnamalai Amman. The presiding deity is revered in the 7th century Tamil Saiva canonical work, the Tevaram, written by Tamil saint poets known as the nayanars and classified as Paadal Petra Sthalam. The 9th century Saiva saint poet Manikkavasagar composed the Tiruvempaavai here.
The temple complex covers 10 hectares, and is one of the largest in India. It houses four gateway towers known as gopurams. The tallest is the eastern tower, with 11 stories and a height of 66 metres (217 ft), making it one of the tallest temple towers in India built by sevappa nayakkar (Nayakar dynasty) The temple has numerous shrines, with those of Arunachalesvara and Unnamalai Amman being the most prominent. The temple complex houses many halls; the most notable is the thousand-pillared hall built during the Vijayanagar period.