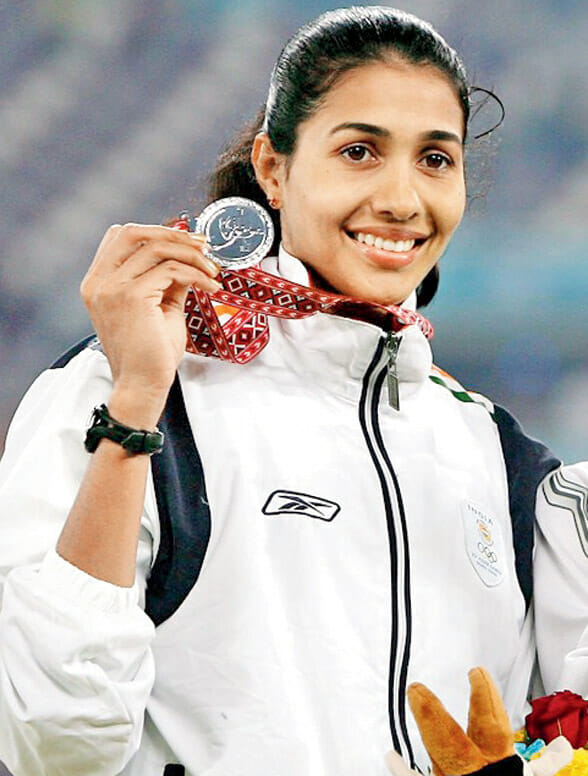 Anju Bobby George (born 19 April 1977) is a retired Indian athlete. She is India’s first and only World Champion in Athletics IAAF World Athletics Final. Anju Bobby George made history when she won the bronze medal in long jump at the 2003 World Championships in Athletics in Paris. With this achievement, she became the first Indian athlete ever to win a medal in a World Championships in Athletics jumping 6.70 m. She went on to win the gold medal at the IAAF World Athletics Final (a competition between best eight athletes in the world based on the world ranking) in 2005, a performance she considers her best. Anju was upgraded to the gold status from silver in the 2005 World Athletics Final in Monte Carlo following the disqualification of Tatyana Kotova of Russia by the International Association of Athletics Federations, following the recent re-testing of the latter’s sample collected at the 2005 World Championship in Helsinki. She was awarded the Arjuna Award in 2002.
She had got 5th position with personal best score of 6.83 at the 2004 Athens Olympics.Anju Bobby George revealed on December 2020 that she is one among a very few with a single kidney .She revealed it so that she can inspire many during COVID PANDAMIC to be fighters in life.