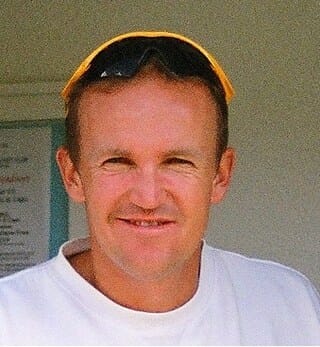 Andrew Flower (born 28 April 1968) is a Zimbabwean cricket coach and former cricketer. As a cricketer, he captained the Zimbabwe national cricket team. He was Zimbabwe’s wicket-keeper for more than 10 years and is, statistically, the greatest batsman the country has produced. During his peak from October to December 2001, Flower was ranked as the best Test batsman in the world. He was widely acknowledged as the only Zimbabwe batsman of proper test quality in any conditions. After retirement, he served as the coach of the English cricket team from 2009 to 2014. Flower became the second foreign coach in the team’s history. Currently, he is the Head Coach of Lucknow Super Giants in Indian Premier League. He also works as the head coach of the Multan Sultans and St Lucia Kings.Under his tenure, Flower led the Multan Sultans to their first-ever playoffs in the 2020 season. The Sultans finished first in the league stage but ultimately lost in the preliminaries. Similarly, he led the Zouks to their first-ever finals appearance in the CPL. Flower also serves as assistant coach to Kings XI Punjab. In June 2021, he was inducted to the ICC Cricket Hall of Fame and became the first ever Zimbabwean to be inducted into ICC Hall of Fame.