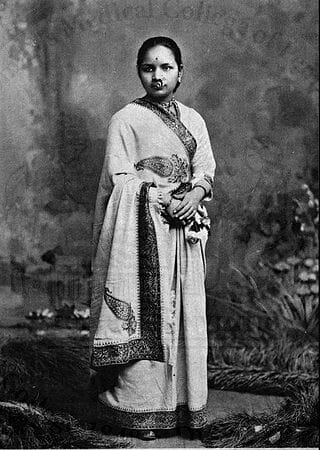 Anandibai Gopalrao Joshi (31 March 1865 – 26 February 1887) was the first Indian female practitioner of western medicine, alongside Kadambini Ganguly. She was the first woman from the erstwhile Bombay presidency of India to study and graduate with a two-year degree in western medicine in the United States. She was also referred to as Anandibai Joshi and Anandi Gopal Joshi (where Gopal came from Gopalrao, which is her husband’s first name).