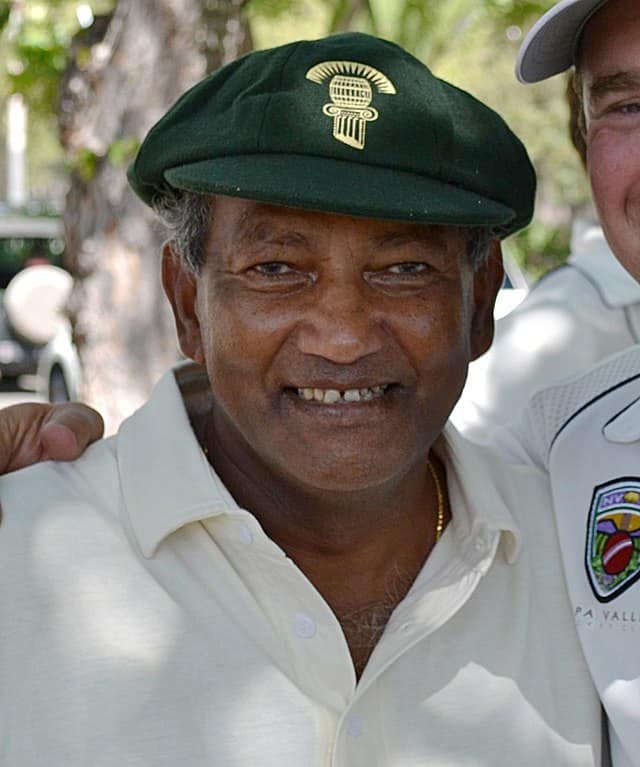 Alvin Isaac Kallicharran (born 21 March 1949) is a former Indo-Guyanese cricketer who played Test cricket for the West Indies between 1972 and 1981 as a left-handed batsman and right-arm off spinner.
Kallicharran was born in Port Mourant, British Guiana (now Guyana), where he started playing street cricket until his professional debut as captain of the under-16 Guyana team in 1966 and his first class debut in 1967.He was a Wisden Cricketer of the Year for 1983. He was part of the 1975 and 1979 teams that won the Cricket World Cup. His highest score is 187 against India in the 1978–79 tour. He also found success with Warwickshire in English County cricket. While playing against minor county Oxfordshire in the 1984 one day Natwest Trophy he scored 206 and took 6 for 32.One of his most noted international innings, a knock of 158 against England, was shrouded in controversy when he was run out by Tony Greig on the final ball of the second day. After the ball had been defended and Kallicharran had started to walk off, Grieg threw down the stumps at the non-striker’s end, running him out. After negotiations off the pitch, England withdrew their appeal, allowing Kallicharran to continue the next morning.He attempted to join World Series Cricket, but failed, and was appointed captain of the West Indies in 1977–1978 when Clive Lloyd resigned over the Kerry Packer issue.
Kallicharan was later involved in further controversy when he led an unofficial rebel tour to South Africa in defiance of the Gleneagles Agreement and anti-apartheid protesters in that country who asserted that official sporting structures were discriminatory. He saw out the rest of his career playing for Orange Free State and Transvaal in South African domestic cricket.