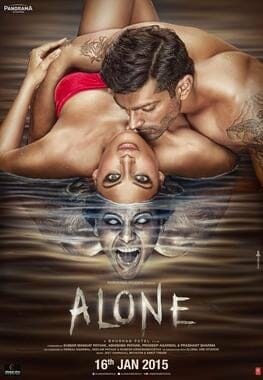 Alone is a 2015 Indian horror film directed by Bhushan Patel, starring Bipasha Basu and Karan Singh Grover. The film is a remake of the 2007 Thai film of the same name, which was itself based on the Tales From The Crypt episode “My Brothers Keeper”.