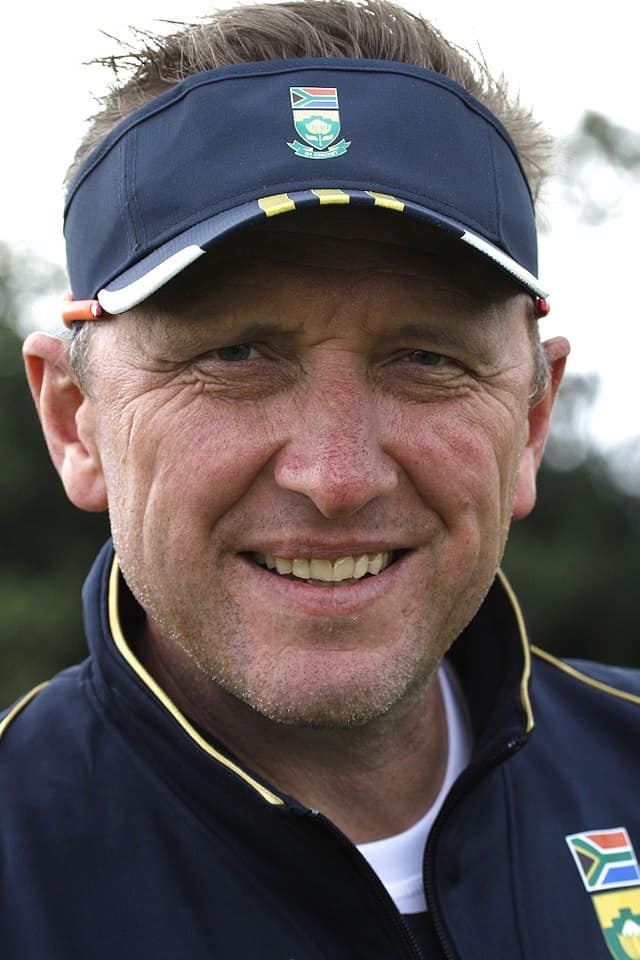 Allan Anthony Donald (born 20 October 1966) is a former South African cricketer who is now a cricket coach. Often nicknamed ‘White Lightning’, he is considered one of the South Africa national cricket team’s most successful pace bowlers.
Donald was one of the top fast bowlers in Test cricket, reaching the top of the ICC Test rankings in 1998, peaking with a ranking of 895 points the next year. In One Day Internationals (ODIs), he reached 794 points in 1998, ranked second behind teammate Shaun Pollock. He shared the new ball with Pollock from the 1996/1997 tour of India until his retirement in 2002. Since retiring Donald has been a coach with a number of teams, including international sides. From 2018 to 2019 he was the Assistant Coach at Kent County Cricket Club in England.
In 2019, Donald was inducted into the ICC Cricket Hall of Fame.