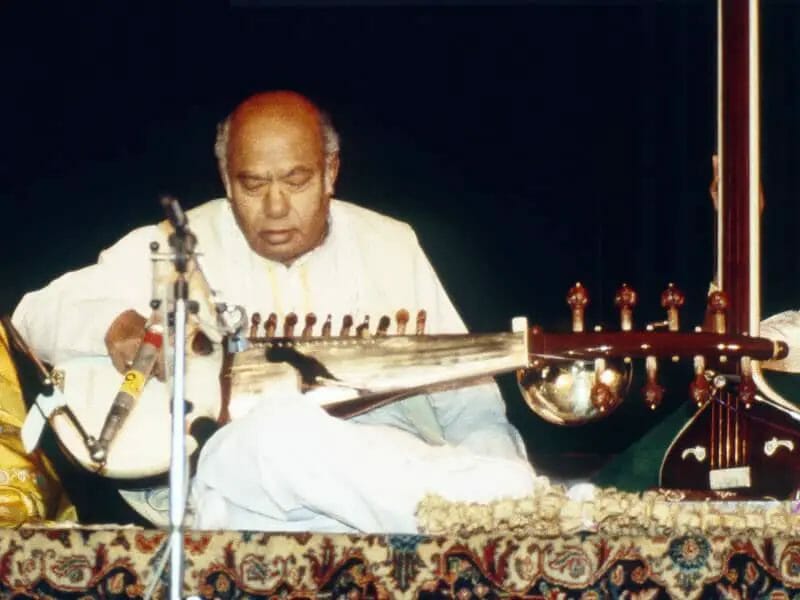 Ali Akbar Khan (14 April 1922 – 18 June 2009) was an Indian Hindustani classical musician of the Maihar gharana, known for his virtuosity in playing the sarod. Trained as a classical musician and instrumentalist by his father, Allauddin Khan, he also composed numerous classical ragas and film scores. He established a music school in Calcutta in 1956, and the Ali Akbar College of Music in 1967, which moved with him to the United States and is now based in San Rafael, California, with a branch in Basel, Switzerland.
Khan was instrumental in popularizing Indian classical music in the West, both as a performer and as a teacher. He first came to America in 1955 on the invitation of violinist Yehudi Menuhin and later settled in California. He was a Distinguished Adjunct Professor of Music at the University of California, Santa Cruz.Khan was accorded India’s second highest civilian honour, the Padma Vibhushan, in 1989. Nominated five times for the Grammy Award, Khan was a recipient of the MacArthur Fellowship and the National Endowment for the Arts’s National Heritage Fellowship.