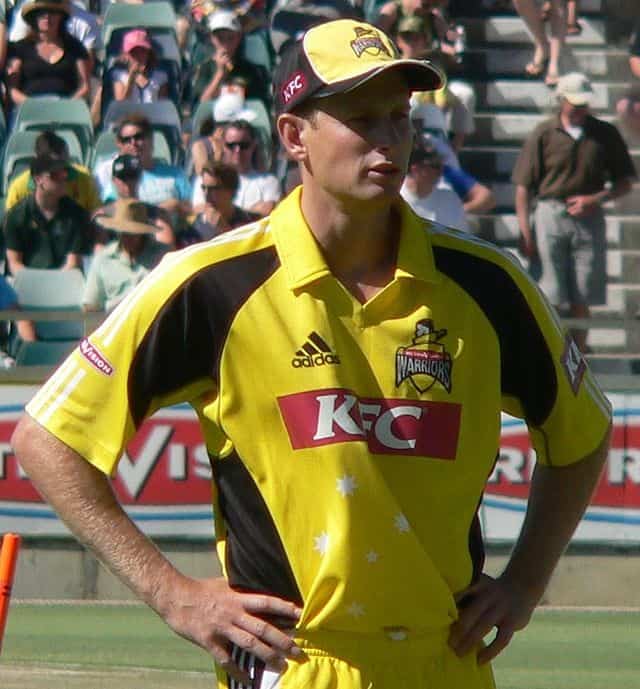 Adam Charles Voges (, born 4 October 1979) is an Australian cricket coach and former cricketer who played for the Australian national team at Test, One Day International (ODI), and Twenty20 International (T20I) level, and also captained Western Australia and Perth Scorchers in domestic cricket. Voges’ Test match batting average of 61.87 is second behind Don Bradman among batsmen who have finished their career and played a minimum of 20 innings. Voges was included in the 2016 ICC Test Match Team of the Year.From Perth, Western Australia, Voges excelled at cricket from an early age, attending the Western Australian Institute of Sport and playing for the Australian under-19 team. He made his first-class debut for Western Australia in the 2002–03 Sheffield Shield, and had established himself in the side by the middle of the decade, playing as a middle-order batsman and part-time left-arm orthodox bowler. Voges debuted for Australia during the 2006–07 Chappell–Hadlee Trophy, and played irregularly at both ODI and T20I level throughout the remainder of the decade.
In October 2012, after Marcus North’s resignation, Voges was appointed acting captain of Western Australia. For the inaugural Big Bash League, he signed with the Melbourne Stars franchise, although he switched to the Perth Scorchers the following season. In overseas competitions, Voges has represented Hampshire, Nottinghamshire, and Middlesex (captain 2015–2016) in English county cricket, and also played for the Rajasthan Royals in the Indian Premier League and the Jamaica Tallawahs in the Caribbean Premier League.
Voges made his Test debut for Australia in June 2015, aged 35, and scored a century on debut against the West Indies. He recorded a second century in November 2015, against New Zealand, and later scored 269 not out, 106 not out, and 239 in consecutive innings from December 2015 to February 2016, breaking Sachin Tendulkar’s record for the most runs between dismissals in Test cricket.In February 2017, Voges announced his retirement from international cricket. His last match was as captain of the Prime Minister’s XI side against Sri Lanka on 15 February 2017. The next month, he also announced his retirement from domestic cricket, following the conclusion of the 2016–17 Sheffield Shield season.On 16 October 2017, he re-signed on for 2017–18 Big Bash League season with the Perth Scorchers.