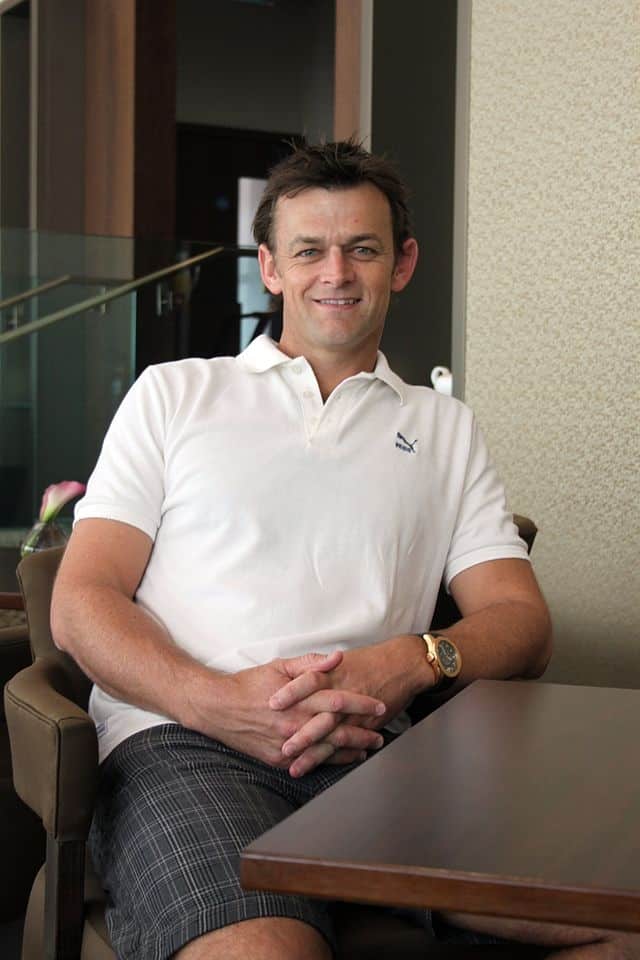 Adam Craig Gilchrist (; born 14 November 1971) is an Australian cricket commentator and former international cricketer and captain of the Australia national cricket team. He was an attacking left-handed batsman and record-breaking wicket-keeper, who redefined the role for the Australia national team through his aggressive batting. Widely regarded as one of the greatest wicket-keeper-batsman in the history of the game, Gilchrist held the world record for the most dismissals by a wicket-keeper in One Day International (ODI) cricket until it was surpassed by Kumar Sangakkara in 2015 and the most by an Australian in Test cricket.
His strike rate is amongst the highest in the history of both ODI and Test cricket; his 57 ball century against England at Perth in December 2006 is the fourth-fastest century in all Test cricket. He was the first player to have hit 100 sixes in Test cricket. His 17 Test centuries and 16 in ODIs are both second only to Sangakkara by a wicket-keeper. He holds the unique record of scoring at least 50 runs in successive World Cup finals (in 1999, 2003 and 2007). His 149 off 104 balls against Sri Lanka in the 2007 World Cup final is rated one of the greatest World Cup innings of all time. He is one of the only three players to have won three World Cup titles.Gilchrist was renowned for walking when he considered himself to be out, sometimes contrary to the decision of the umpire. He made his first-class debut in 1992, his first One-Day International appearance in 1996 in India and his Test debut in 1999. During his career, he played for Australia in 96 Test matches and over 270 One-day internationals. He was Australia’s regular vice-captain in both forms of the game, captaining the team when regular captains Steve Waugh and Ricky Ponting were unavailable. He retired from international cricket in March 2008, though he continued to play domestic tournaments until 2013.