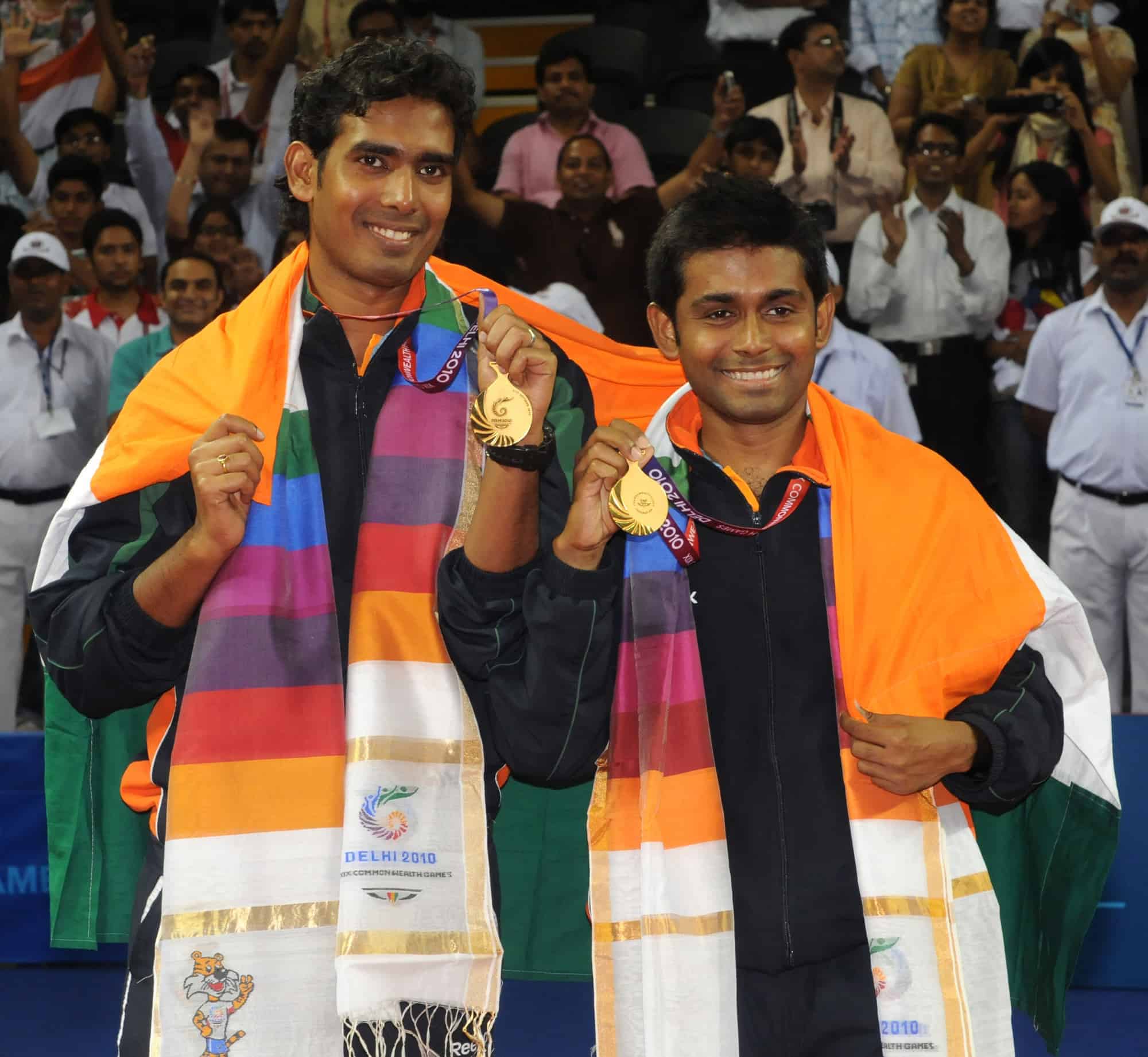 Achanta Sharath Kamal (born 12 July 1982) is a professional table tennis player from Tamil Nadu, India. He is the first Indian table tennis player ever to become nine times Senior National Champion hence breaking the record of eight times National Champion Kamlesh Mehta. Recently he received the fourth highest civilian award, Padma Shri.
His current world rank is 41 as of September, 2019. He beat Joo Se Hyuk and Chuang Chih-yuan, world no. 8 and 16 respectively in 2015 28th Asian cup at Jaipur. Sharath won the men’s singles gold in the 16th Commonwealth table tennis championship held at Kuala Lumpur in 2004. He is a recipient of the Arjuna award for the year 2004. He currently lives in Düsseldorf, Germany. Over the past few years he has been playing in the European league. After stints in Spain and Sweden, he is currently playing in the German Bundesliga for the club Borussia Düsseldorf. He is employed with the Indian Oil Corporation as an officer.He has won the US Open Table Tennis Men’s championships held at Grand Rapids, Michigan in July 2010. During the course of the tournament he went on to defeat the defending champion Thomas Keinath of Slovakia in an epic battle of 7 games to win 4–3. In the same year he won the Egypt Open beating Li Ching of Hong Kong in straight sets 11–7, 11–9, 11–8, 11–4; thus becoming first Indian to win a singles title on the ITTF Pro Tour. He also captained the Indian men’s team that won the team title at the same championship by defeating favourites and nine-time champions England.
He also won the gold medal at the 2006 Commonwealth Games in Melbourne, beating crowd favourite Australian William Henzell in the final, apart from helping the Indian team clinch gold in the table tennis team event against Singapore. He teamed up with Subhajit Saha to win the Men’s Doubles gold at the 2010 Commonwealth Games in New Delhi. He won three medals in 2018 Commonwealth Games in Gold Coast, gold in men’s team event with Anthony Amalraj, Harmeet Desai, Sathiyan Gnanasekaran & Sanil Shetty silver in men’s doubles with Sathiyan Gnanasekaran & bronze in men’s singles event.He represented India in the 2004 Olympics in Athens and is still the top Indian TT player. He also represented the country in the 2006 Asian Games at Qatar.
In the year 2007 he was the first Indian to win the Pyongyang Invitational Tournament held at Pyongyang, North Korea. This was the 21st edition of the tournament which was held in August 2007. His best performance on the world circuit came in the Japan Pro Tour held in June 2007 where he beat World No.19, Lee Jung Woo (South Korea). After this victory he reached his career best ranking of World No. 73 and in January 2011 his ranking is 44. Incidentally, Sharath was also the only Indian Men’s Table Tennis player to be selected for the Beijing Olympics in 2008.
In the season 2010–11 he also played in the German major league (Bundesliga) for TSV Gräfelfing and has been one of the best players in the league with wins over top German TT players. He played for SV Werder Bremen in the 2011–12 season. During 2012–13, he played in the Swedish league before returning to Germany in May 2013 to sign for Borussia Düsseldorf. Known as the “Rekordmeisters”, Borussia Düsseldorf is one of the best clubs in Europe. Sharath and the team also won the Deutsche Pokal for the year 2013, a prestigious cup tournament in Germany. Currently the team is ranked second in the Bundesliga season 2013–14.
Sharath qualified for the 2016 Rio Olympics after beating Iran’s Noshad Alamian in the Asian Olympic qualification. However, he made a first round exit in the men’s individual event losing to Adrian Crișan of Romania.He is an alumnus of PSBB Nungambakkam school (class of 2000) and Loyola College, Chennai.